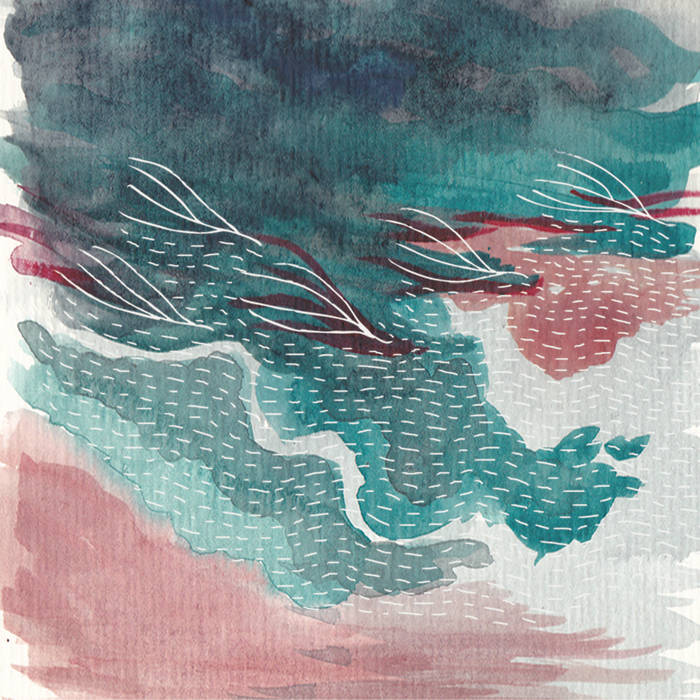 Reilly Spitzfaden This album is so gorgeous and the performances are extremely nuanced and effective. I love the fluctuating harmonics in Shaw's "Hush Hush" in particular. Favorite track: Hush Hush (Haley Shaw).

Cows at the Edge of the Earth

ESR presents our first full-length physical release from Oakland-based experimental cellist Helen Newby, out on cassette April 28th. Dialogue consists of five new works for solo cello, written in collaboration with Helen by composers David Bird, Adam Hirsch, Kurt Isaacson, Haley Shaw, and Danny Clay. Newby's approach to the instrument imagines a cello liberated from its body and open to a world humming with new sonic possibilities. The works written for this collection explore the textured relationships between a cello and its imagined potential, between a performer and a hazily defined "other": an empty courtyard, a resonating piano, a disembodied voice, a subharmonic sine wave, a self-oscillating snare drum. Recorded live on 2-inch analog tape and stretching out across a patient time frame, Newby's hi-fi solo debut is by turns shimmering and dizzying, wondering out loud about how to hear things differently.

All works composed for and in collaboration with Helen Newby
Recorded and produced by Adam Hirsch
at Tiny Telephone & Secret Creek
Oakland & San Francisco, CA
Mastered by Andrew Weathers
Artwork and design by Ashley Kim

1. David Bird, "Spatia"
Spatia is written for cello, and is intended to be performed in an outdoor or reverberant space. The work was tested and conceived of in 2014, during a joint Composition and Architecture program in Fontainebleau, France. During the session, the composers and architects were invited to have discussions and collaborate on projects with one another. During this period I found myself writing several small studies which dealt with space and performance in different ways. In looking back at these works, it was interesting to see the way the notion of gesture, timing, and pacing took on different meanings when they were not confined to the traditional spatial and temporal expectations of a concert hall experience. In 2016, Spatia was revised and expanded for cellist Helen Newby. The work owes a great debt to Helen's virtuosity and creativity.

2. Adam Hirsch, "night blanket motor shuddering rest"
night blanket motor shuddering rest is a series of real and imagined encounters between two stringed resonant bodies, written for cellist Helen Newby and woven together with echoes, memories, and aberrant noise. The electronic component of the piece was stitched together using 3-5 second snippets of an old upright piano’s resonance recorded immediately after Helen played short bursts of material next to the instrument, with the sustain pedal sandbagged to the floor. I scored for Helen an approximation of the cello material that had resulted in each corresponding resonance, and she is directed to interpret that material freely in her live interaction with the recording. Each section is also accompanied by a small bit of text in the score, culled from journals I kept during a solitary drive across the southern US. The piece is in many ways about echoes, in both acoustic and metaphysical contexts: the piano resonance echoes Helen’s original gestures, her interpretations of the score echo both the piano and my own experience of a slowly and bizarrely changing environment.

3. Kurt Isaacson, "radiant species"
radiant species is the 4th piece in an ongoing series entitled "the bestiary of moral sound and human memory," which centers around animals and animalism. In this collection, each piece’s title is a descriptor + “species” — invasive, flickering, carnal, captive, vanishing, companion, nascent, & (here) radiant. Each builds upon a collective narrative of change, disappearance, and slow chaos within an imaginary animal kingdom.

4. Haley Shaw, "Hush Hush"
Hush Hush represents the need to be heard. In it, certain sounds are given a hierarchical advantage until the sounds stratified below them—the sounds that have so far been silenced—break through. The work is meant to champion communication; without communication between composer and performer during its writing, Hush Hush couldn't exist.

Thank you:
To Adam for making every single facet of this project possible. Your vision, commitment, passion, and creativity are unparalleled, and I truly couldn’t have done this without you. To Danny, David, Haley, and Kurt for sharing your unique and powerful voices, for your collaborative spirits, for gifting me with incredible works of art. To Ashley for lending your brilliant artistry and vision to this endeavor, and to Andrew for absolute top notch mastering. To Tiny Telephone Recording for just being the best place. To my friends and family for your unwavering support and love. To my mentors Rachael, Darrett, and Jennifer for lifting me and helping me find my voice. To the incredible host of musicians and artists I’ve collaborated with over the years: you all inspire me to keep on dreaming and creating.

Bandcamp Daily  your guide to the world of Bandcamp